"We have some invoices that are split between 20 locations. Before, we were just sitting there, keying in all those lines ourselves. Now all we do is select that file and tell it where to go. And then it just populates all that coding for us right there in the software."
Customer Story
QSR Franchisee 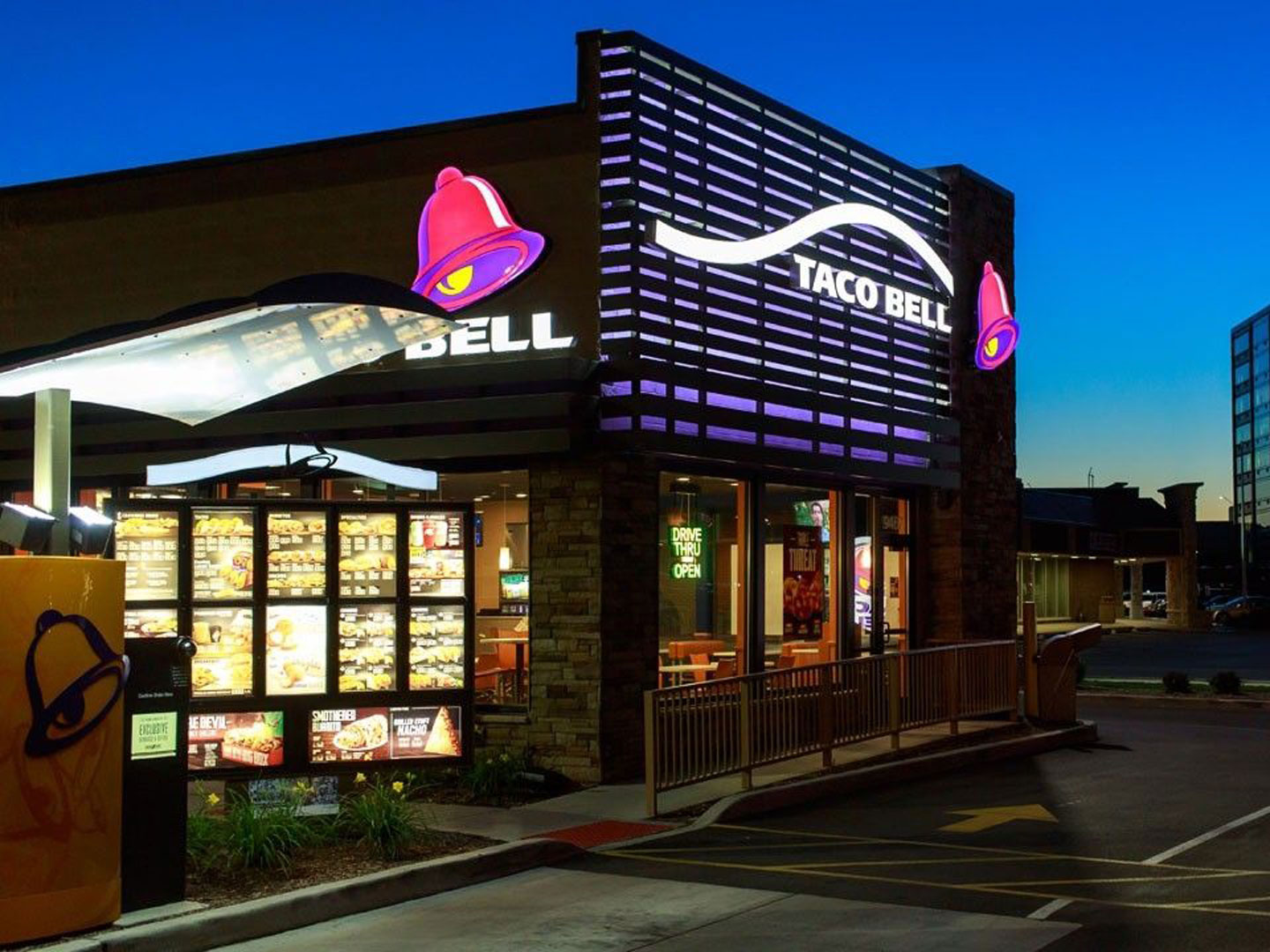 When you think of a family business, you may not picture a sprawling empire that stretches across three states. But that’s exactly what B&G Food Enterprises is: a QSR group with over 150 locations and 3,000 employees.

B&G was founded in 1982, when high school sweethearts Brenda and Gregory J. Hamer, Sr. received their first license to open a Taco Bell in Morgan City, LA. It remains, as it was since its founding, a family-run operation. Brenda continues to serve as its corporate secretary and is the center of the family that includes three children and their spouses, who all work at B&G full-time, as well as her nine grandchildren.

The group expanded rapidly, eventually launching a KFC franchise in 1997 and Long John Silver’s in 2011. Nearly forty years later, B&G is the largest Taco Bell franchisee in Louisiana, with additional stores in Texas and Mississippi.

The business still calls Morgan City home, and it continues to be run by the Hamers, who have been decorated with numerous civic honors in recognition of their contributions to the community.

For over a decade, AP team member Danielle Sauce has been part of a three-person operation that processes over 700 invoices every week. Flowing in from every vendor servicing the B&G group, the mountain of weekly invoices covered everything from food for specific locations to marketing costs that needed to be allocated precisely among all the stores.

So voluminous was the workload that Danielle and her team rarely got to the bottom of it. “We used to have a cut-off where we would say, ‘We're not going to open any more mail on Tuesday morning,’” Danielle says. “We didn’t have time. We had our plates full with what we’d opened already.”

Part of the AP team’s challenge was a manual workflow that required not one, not two, but five human touches to process an invoice correctly.

"We did not have any type of automation system. We manually coded everything ourselves and keyed everything into our accounting system. Between opening the invoices, sorting them, coding them, keying them, checking them, and scanning them, we probably looked at each invoice five or six times before we were finished with it."

In addition, if there was an error in an invoice processed, a post-adjustment would need to be made in the accounting system which added another manual step to the process.

"After we paid everything, we would go back and double-check. So we would look at what was on the paper and what we keyed and highlight it, make sure it was right. If we missed it that way, and it got posted, and it got found later down the line, we'd have to do an adjustment in our accounting system, which took a little while. But it was another step," Danielle says.

Danielle estimates each invoice took, on average, 60 seconds to enter. Most needed only half that, but plenty of invoices were long, or had a lot of detail, or had to be double-checked by more than one person.

Location splits were particularly cumbersome. With stores in three states, any invoice that had to be allocated to specific locations needed to take into account different local taxes.

"Say we get an invoice for a marketing item that shipped to a number of stores. It’s one invoice with all the stores listed on it. Well, one location’s tax might be 8%. The next one might be 8.25%. We would have to key these numbers into an Excel sheet that had the right formulas, print it out, and then key those numbers into our accounting system."

Danielle and the AP team worked fast. But locked into a system based on manual data entry, they often found themselves struggling to stay above water.

Getting started with Plate IQ

Ellen Pennison, B&G’s Vice President and CFO, had previously assessed a number of invoice automation solutions without choosing to implement one.

"Ellen had been looking into it for a couple years, talking to a few different people," Danielle says. "The company's always looking for ways to be more efficient."

Plate IQ’s invoice automation stood out with its ability to extract not just header information from invoices, but line-level data too — and then to apply the proper GL code to each one without Danielle needing to do it manually.

The other companies’ automation wasn’t as detailed as we wanted it to be, because we have so much detail with the invoices that we process and so many GL codes to assign them towards. Plate IQ did what we wanted.

Plate IQ was also able to replicate their approval workflow, which had quite a few wrinkles in it based on which member of the AP team tracked which vendors.

"There are some invoices I need to look at because I keep spreadsheets to make sure they're charging us right. There are some that have to be approved by Ellen."

We use approval rules to implement those policies in Plate IQ. Instead of walking paper invoices over to the right person’s pile, we just load everything in and the system routes the invoices to the right approvers.

“We’re about 50-50 paper vs. electronic invoices at this point,” Danielle estimates. “We’re slowly transitioning our utility bills to EDI. In my email, I personally get about 200 PDF invoices a week. As for the paper invoices, we scan those for the most part — except for those water bills that look like little postcards. We usually take pictures of those.”

Plate IQ’s automated invoice transcription, GL coding, and approval routing has taken a huge amount of manual work off the AP team’s shoulders. These days, they’re doing more with two people than they used to do with three.

“The invoices that already have items automatically mapped and everything take, probably, five seconds,” Danielle reports.

We just make sure the store number's right, check the date, and then we move on. So it's cut down on our time drastically.

Moving from an average processing time of 60 to 5 seconds per invoice is a time savings of almost 92%. And at 3,000 invoices per week, it adds up. The time savings per invoice indicates that B&G’s team went from spending approximately 50 hours to 4 hours a week — a reclamation of about 46 hours of work every week.

Instead of having to type invoice data into an Excel sheet that contained location-specific split information (such as local taxes and allocations) Plate IQ built a feature that allowed her to simply upload the Excel sheet itself into Plate IQ and let the system apply the account splits to a single uploaded invoice.

We have some invoices that are split between 20 locations. Before, we were just sitting there, keying in all those lines ourselves. Now all we do is select that file and tell it where to go. And then it just populates all that coding for us right there in the software.

One task Danielle and the team used to manage on their own was reaching out to vendors in the case of missing invoices. With Plate IQ’s Vendor Statements feature, they can handle it right inside the platform.

"There have been a few times when Plate IQ showed that a certain invoice was missing. We can just click on it, email the vendor, and say, ‘Can you please email this invoice to this email address?’"

Resolving invoice discrepancies directly with vendors still takes a big chunk of Danielle’s time, but now she has to work far less to track them down in the first place.

The last step of the old workflow was scanning the invoices to be saved long-term in image storage software. With Plate IQ, that system is being phased out.

"Instead of putting invoices in filing cabinets or something, we would scan them and upload them to a storage system manually. If anybody said, ‘I want to see this invoice,’ we would type that invoice number into the system. So everything we typed already, we had to type again."

"But it was just imaging and filing. It wasn't automated like Plate IQ. We’re about 90% of the way to replacing that system on the Accounts Payable side."

Tying together the B&G family

Plate IQ is helping Danielle and the entire Accounts Payable team at B&G stay above water with invoices better than they ever could before.

It’s significantly cut down the time we spend keying in data.

Danielle's team is now able to get the same level of detailed information they were able to get from a close-examination manual process, but at almost double the speed and with more stable storage, faster processing, and better visibility.

Plate IQ is helping to keep B&G Food Enterprises unified, from their back office to their branches — a tight-knit family if there ever was one.