How Tatsu-Ya Scales with Invoice Automation and Bill Pay

How Tatsu-Ya Scales with Invoice Automation and Bill Pay

"We thought that every four to five locations we would have had to hire a new employee just for data entry level. With Plate IQ, we're at the point where we don't feel like we even need to backfill that first position."
Gary Rook
VP of Finance & Human Resources
Customer Story
Restaurant Group Invoice & Bill Pay 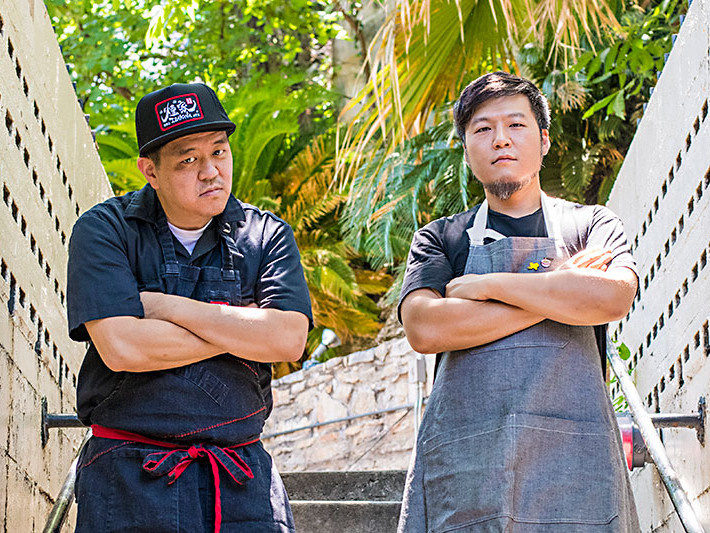 Listen to the audio version of this story

Deep in the heart of Texas, chef Tatsu Aikawa saw the opportunity for a new kind of restaurant.

Born in Tokyo and raised in the Lone Star State, Chef Aikawa grew up with a unique culinary heritage. As he worked his way through the Austin restaurant scene, he began conceptualizing a cuisine that would blend authentic Japanese food with the smoke and flavor of his adopted state.

After a stint at Los Angeles’ Michelin-starred Urasawa, he partnered with his younger brother Shion Aikawa and chef Takuya Matsumoto on a concept that would bring authentic Japanese ramen to Austin.

Eight locations later, the Tatsu-Ya family of restaurants has become a diverse and unique group spanning a range of concepts, including ramen, izakaya, shabu shabu, Japanese curries, and even a tiki bar.

With an ambitious plan for growth ahead, Tatsu-Ya’s finance team, led by VP of Finance & Human Resources Gary Rook, first had to take on a bottleneck in their operation: manual invoice processing.

“Because of our expansion and the locations, we were starting to feel the data entry side of things was taking a little bit too much time on our team,” says Gary. “We had one person on our team that was pretty much just doing invoice data entry every day.”

With a full-time employee dedicated entirely to invoice data entry, the accounts payable process added complexity to the plans Tatsu-Ya had for growing the business.

The team had been using Restaurant 365, their accounting software, for invoice processing. But a scalable solution was harder to find.

“We are a small fish in big waters,” says Gary. “We’re trying to figure out what would be the best process for a company that's still relatively small and couldn't necessarily put the assets behind building out their own technology.”

When they went out looking for a solution to their invoice problem, a software partner referred Tatsu-Ya to Plate IQ.

Compared with their old workflow, Plate IQ’s line-level invoice transcription and automated GL mapping cut down on the time it took to process every individual invoice.

“We used to have the invoice on the screen,” recalls Gary, “and an employee would sit there and key in the GL accounts it was to hit, and what amounts.

“That step has been basically eliminated. Now we have just a validation step where we go into Plate IQ and make sure that the invoices are coded correctly, and finish the processing there.”

“Plate IQ does have a lot of things automated,” Sarah tells us. “Once you tag the item, it always gets tagged in the future.

Having those GL codes already generated, so I do just a little bit of review, saves a lot of time.

With a more streamlined workflow, Gary’s team was able to focus more on handling specific parts of the process.

“We were able to split up our segregation of duties a little bit better,” he says. “Now we don't all handle the same side of Plate IQ. Some people do the invoices, some people do the payments, and then one person does the reconciliations.”

With Plate IQ, Tatsu-Ya found a solution to its problem of processing invoices while scaling.

We thought that every four to five locations we would have had to hire a new employee just for data entry level. With Plate IQ, we're at the point where we don't feel like we even need to backfill that first position.

Today, Tatsu-Ya has grown to 8 locations and has yet to hire another employee for data entry.

Best of all, that person who was typing invoice data full time? Well, she didn’t need to do that anymore. According to Gary:

"We went back and crunched the numbers. It was about 25 hours a week that she wasn't having to sit there. We've actually moved her into an HR role since we switched over to Plate IQ."

But for Tatsu-Ya, Plate IQ’s impact on invoice processing was just the beginning.

Once they started to see how effective Plate IQ was at transcribing, mapping, and exporting invoice data, Gary’s team decided to automate their invoice payments with Bill Pay.

Prior to Plate IQ, Tatsu-Ya’s bill payment workflow, like the invoice workflow, was taking up too much of the team’s bandwidth.

“My other coworker and I would pick one day out of the week to sit down for 30 minutes and get everything paid,” says Sarah. “We would sit and do it together, one person in the bank account and one person in Restaurant 365. Just me and her sitting in front of each other reading out vendors and amounts. The hardest part was just enunciating my numbers, and then she would repeat it back to me.”

Plate IQ eliminated almost all of that.

It's been a lot easier. We don't have to coordinate our schedules so much. I can do a bulk of the payments, she can do others, and then we just meet for five minutes to do the rest. It’s been nice.

In addition to sending checks, Tatsu-Ya was also using ACH transfers through their bank. Plate IQ’s Bill Pay made it easier.

“Before, we did about half checks and half ACH. But when we generated ACH payments, we would have to go into our bank portal to generate them. Plus our bank literally made us call them and read all the ACHs we were sending, as a verification step.”

Plate IQ helped us eliminate a lot of headache on the ACH side of things.

Since several of their vendors were already part of Plate IQ’s Bill Pay vCard network, Tatsu-Ya was able to earn rebates on existing spend without doing a thing.

Japanese soul food for all

With Plate IQ, Tatsu-Ya was able to implement an intelligent process for digitizing and approving invoices, earning rebates on Bill Pay, and exporting it all into Restaurant 365. Sarah reports:

It’s cut down so much time. It’s really easy for me to push things through Plate IQ and then get it, correct, in Restaurant 365.

For this innovative restaurant group, accounts payable has never been better. And with more locations on the way, thanks in part to a newly scaled invoice and bill pay workflow, Tatsu-Ya is poised to bring even more authentic Japanese soul food into the heart of Texas.